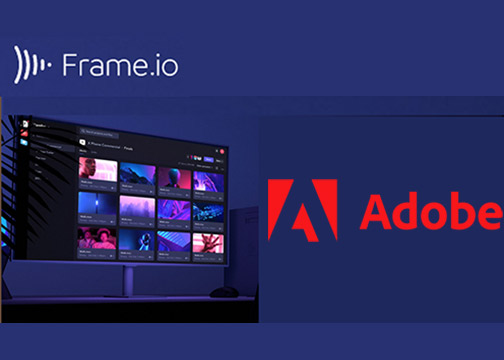 “We are committed to enabling collaboration beyond Adobe’s applications to the growing number of third-party applications across the creative ecosystem, many of which Frame.io supports.”

Today’s demand for video means video teams must create an ever-increasing volume of content in close collaboration with dispersed stakeholders. However, according to Adobe, video review and approval processes are disjointed across multiple channels. This leads to inefficient, time-intensive workflows.

To address these inefficiencies, video tools need to be cloud-first with collaboration at the center. Subsequently, every stakeholder can contribute to the creative process with the appropriate controls, feedback mechanisms and security.

With the close of the transaction, Frame.io cofounder and CEO Emery Wells will continue to lead the Frame.io team. He will report to Scott Belsky as part of the Creative Cloud organization.

With more than a million users, Frame.io’s mission is to streamline the video production process. It does so by enabling editors and key project stakeholders to collaborate using cloud-first workflows.

What’s more, the addition of Frame.io creates an opportunity for Adobe. In conjunction with the partner ecosystem, Adobe can expand beyond video editors to a broader set of customers, teams and enterprises.

Now that the acquisition is complete, Adobe plans to make the creative process more collaborative, productive and efficient to further unleash creativity. The acquisition of Frame.io brings Adobe Creative Cloud’s collaboration services to video. Therefore, it will make it easier for teams to collaborate across Adobe Premiere Pro, Adobe Photoshop, Adobe Illustrator and other Adobe Creative Cloud applications.

In addition, all Creative Cloud customers will benefit from seamless collaboration on video projects with Frame.io workflow functionality built natively in Adobe Creative Cloud apps. These apps include Adobe Premiere Pro, Adobe After Effects as well as Adobe Photoshop.

Furthermore, with the addition of Frame.io, Adobe will continue to collaborate across all stakeholders of creativity beyond Adobe’s applications, which includes third-party applications in the entire creative ecosystem.

Conceived in 2015 by video creators Emery Wells and John Traver, Frame.io is intuitive and simple. However, it is powerful enough for creative professionals, technical administrators and clients to use with little (or no) training.

“Frame.io accelerates workflows and eliminates obstacles to creativity. From script or storyboard to dailies through delivery, Frame.io has reinvented the modern video workflow,” the company added.