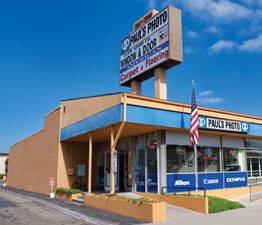 My chats with Paul and Mark Comon, owners of Paul’s Photo—our 2012 Dealer of the Year—offered a glimpse into the role that dynamics play in running a family business. Paul’s Photo has been around for more than 50 years, and Mark has been there for more than two-thirds of it. The father-son partnership has had its ups and downs, but their enthusiasm and trust in each other is what impressed me most.

“First and foremost, it’s a family business,” said founder and president Paul Comon, who put his name on the store in 1961. “Mark has been working here since he was 14. We had four kids, and the others kids are not involved in the business. My wife did all of the books, and our marriage survived quite well because I was here in the store and she was in the office at home, so we weren’t in each other’s hair,” he said, adding a quick wink.

I mentioned that it must be gratifying to work with his son.

“Mark and I get along quite well, and we complement each other. He’s too far one way, and I’m too far the other. He always wants to ‘go!’ I tell everyone he’s a 6-volt toy with a 9-volt battery, and he’s always been like that. I keep telling him, ‘Slow down,’ and he keeps pushing me to try new things.”

Paul recognizes the benefit of having the next generation around, and he thanks Mark for keeping his business alive and thriving, where others have not been able to make it. “I belonged to an organization called the Southern California Photo Dealer’s Guild. At one time, they had around 140 members—all retail camera stores—but they’re virtually all gone. The problem they had was what I would have had without Mark; you get to a certain age and you either adopt a new technology or you don’t survive. You can’t always come into the game late. The younger generation is up and doing things, and I would have had problems coping with change and technology without Mark.”

So what does Mark think about working side by side with his dad for so long? “I started when I was 14, so I never really got the chance to ‘hate’ my dad like most teenagers trying to find their independence,” he said. “I had a boss and I had a partner. I never really had the typical relationship with my dad, so that was lost in running the business. But as a family business, it’s a family: it’s good; it’s bad; you do the best you can, but you can’t hide from it. We work together every day and have since 1975. The camera store is kind of our life.”

With so close a business relationship, do they ever bring it home with them? “Rarely,” said Paul. “If there’s anything wrong, it’s that we don’t communicate enough, and it’s no one’s fault. We’re both doing our own thing and always trying to play catch up.”

Recently, the dynamics have changed. For one, Mark’s wife, Sheryl, has joined the staff and has become somewhat of the mediator between Paul and Mark. In addition, their son, Zachary, is gearing up as the third generation in the store.

“The biggest change that happened around here was bringing Sheryl on,” said Mark. “She was always home with the kids. It was always my mom and dad, and me. I would tell her about what went on at work and what I wanted to change; she would say, ‘Oh no, no, no . . . don’t do that.’ One of the things Sheryl couldn’t understand, because she wasn’t seeing it, was how much I love coming to work every day.

“Before Sheryl joined the business, she wanted to shrink the store—make it a one-man operation. But I told her, if you point the nose over to go down the hill, there’s no stopping it. Now we have 20 people here who count on Paul’s Photo for their living. We have people who come to our classes who depend on Paul’s Photo for their travel, enrichment and entertainment. When we brought Sheryl onboard in October 2011, she finally recognized that we really needed to change to survive and thrive. She really got it, that this is a family . . . our family, the employees and the customers.”

I got the sense that Paul and Mark really trust Sheryl’s third voice, and that was part of the impetus to expand. I actually had to laugh, because both Paul and Mark said to me separately, “It works because Sheryl is on my side.”

“The greatest thing is that my dad trusts my wife,” he added. “Not that he doesn’t trust me, but I was always the kid with the harebrained idea. I’m still 14 years old in his eyes, and it’s a good balance. We’ve always been yin and yang. But at home, I tell Sheryl to keep me honest, to be my conscience. I need someone to tell me when I’m wrong—to keep me grounded and on the right path. We’re married 28 years, and when I had to bring her into the store, I was terrified. I wasn’t sure how we’d work together. But it’s been great. She sees it now. She understands the passion and the love of the business, and the family of Paul’s Photo.”

And their son, Zachary, is now learning the ropes, from the bottom.

“My son, Zach, works five days a week—loving the lab. But he has to finish college and decide what he wants to do with his life. In our generation, we wanted to do what our dads did; my kids may not want to. It’s not a bad gig, and if you talk to their friends, they’d all give their left arm to do it: be your own boss, enjoy photography, run sales, marketing, ordering, finance, and play with cameras all day, go on exotic trips and talk to people. It’s a good gig. And I thank God every day.”

So what advice can the Comons offer a family in business together?
“Well, you have to keep it fun,” said Paul. “At some point in life, you don’t have to work. And when you’re working because you want to, not because you have to, then it becomes more fun.

“I’ve been at this for more than 50 years,” he continued, “and photo is a really a fun business. It really makes me feel good when I hear about new start-ups in the industry, which are few and far between. I can remember back in the day when camera stores were opening up all around and making a go of it. Back then, you didn’t have to be everything; yet you could be a good camera storeowner. But now there are so many places to go wrong, and there’s so much more competition. I think we’ve been right in the past and continue to get it right today and will in the future.”

Paul is still in the store five days a week, and he couldn’t imagine not being there. And he is proud of Mark for taking it to the next level. “We’ve been working together 35 years, and the next generation is on deck. Zachary, Mark’s son, is amazingly adept. He’s still in college, but he looks like the successful next generation.” 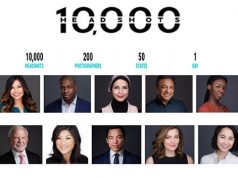 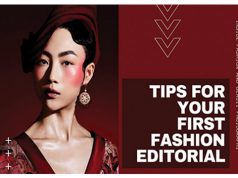 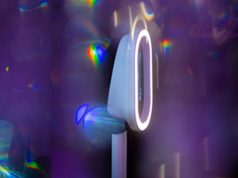