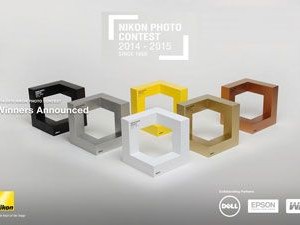 This was the first time that entries in the video categories were judged separately. Videos of 6–180 seconds in length were accepted. Entries recorded not only by cameras but also by any digital imaging device, including smart devices, were accepted. And a new award for entries submitted by younger imaging enthusiasts aged 19 or younger was established.

Of all the works submitted, 109 were chosen as winners. Judges selected two grand prize winners (one each in the photography and video categories), 96 first, second and third place winners from each category, and 10 winners of the new Generation N Award for photographers and videographers aged 19 or younger. In addition, one entry was selected for the Participants Award for Most Popular Entry based on voting by those who entered the contest.

Final judging took place April 23–27, 2015 in Shanghai, China, by a global panel of 14 judges of varying age, gender, social and cultural background, and preferred category of photography/videography. Winners were selected based on their ability to tell a universal story, diversity, the strength of their message, creativity, and the techniques that best express these concepts.

Nikon Photo Contest (NPC), one of the world’s most prestigious international photo contests, has been held since 1969. The goal behind the contest is to provide an opportunity for photographers around the world to communicate and to enrich photographic culture for professionals and amateurs alike. To date, more than 390,000 photographers have submitted over 1,540,000 photographic works in the contest. nikonusa.com