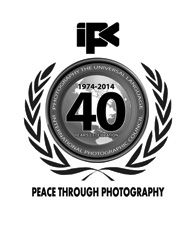 New York, NY—The International Photographic Council (IPC), a nongovernmental organization (NGO) of the United Nations, announced the recipients of the 2014 IPC Professional Photographer Leadership Awards. The recipients will be honored at the 16th Annual IPC Pro Award Luncheon—while the organization also marks its 40th anniversary—at the United Nations in New York City on May 15, at 11:30 a.m.

The event kicks off “May, International Professional Photography Month,” which salutes working professionals around the globe. “The honorees, nominated by professional photography organizations, are selected because they best represent the groups’ criteria and ideals,” said IPC president, James Chung.

Kathy Schneider, IPC vice president, and Alice Miller, a board member, will cohost a Q&A panel with honorees to find out what inspires their photography, how their businesses adapt to change, and which products are essential for their work.

New York City-area photographer Theresa Raffetto focuses on product photography, yet the experience she has gained working on projects of all scopes has made her a versatile photographer, as well as director, producer and collaborator. She has shot ad campaigns for Pampers, cookbooks for Random House, catalogs for Whole Foods, and editorial location shoots for Woman's Day. She currently serves on the national board as president of APA.

Ali Bin Thalith, a documentary film photographer in Dubai, United Arab Emirates, is secretary general of HIPA—a prestigious international photography competition under the patronage of the Crown Prince of Dubai. He has participated in underwater expeditions throughout Asia and helped establish an educational program for children there. An active member of the UAE wildlife program, he helps raise awareness of local species and habitat. He led a delegation to provide photography training and workshops to Syrian children at the Emirates-Jordan refugee camp in Northern Jordan.

Greg Smith has been a photographer, writer, editor and producer for 35 years. A board member and Business Practices chairman with the NPPA, he has authored or edited several photography business tools and initiatives, including NPPA’s Cost of Doing Business Calculator, UPDIG and PLUS. Smith produced the documentary Keeping the May River Wild, coauthored Gullah Home Cooking the Daufuskie Way, from University of North Carolina Press, and has written and made pictures for publications around the world. An enrollment communications strategist for Western State Colorado University, he exhibits photography at galleries and imediasmith.com.

Tim Walden and his wife, Beverly, took over Walden’s Photography from his father in 1980, and they pushed the studio in a different direction, developing their trademark “Relationship” black-and-white fine art portraiture. Today, they provide clients with beautifully crafted portraits and impeccable customer service in their elegant Louisville, Kentucky, studio. Walden earned Photographic Master and Craftsman degrees from PPA and a Photographic Fellowship degree from ASP. He was PPA president in 2012, a Kodak Mentor, international speaker, Gold Photographer of the Year 2013 and Gerhard Bakker Award winner for outstanding service through education in photography and visual communications.

Bill Freeman started Freeman Photography in the early 1980s in Houston, Texas. Self-taught, he began working in sports photography, learning the industry through books, classes, tapes and seminars, while maintaining his full-time job in commercial construction. By 1989, he and his wife turned photography into their livelihood. Today, they focus on undergraduate school yearbook photos, high school senior portraits, family portraits, corporate portraits and commercial events. Since PSPA, PMA, PPA and DIMA played a strong role in his career development, Freeman has remained active with the groups. He recently served as PSPA president, serves as chairman of the Speaker Selection Subcommittee for School Sports & Events and has collaborated with the Yearbook Guidelines committee to help photographers and publishers with the schools. He is a Certified Professional Photographer and Master Photographer.

William Collins Auth is a photojournalist based in the Washington, DC, area. After 21 years with US News & World Report, he began working for editorial, commercial and private clients. In addition to multiple Olympic assignments, refugee coverage in Asia, every U.S. presidential inauguration since Nixon, he has worked for the Associated Press, Reuters, McClatchy, EPA, Polaris and Prensa-Internacional. Recognized for his volunteer efforts with the WHNPA and NPPA, he serves on the board of the Northern Short Course in Photojournalism, handles event logistics for the WHNPA and is working on a project about the long-term effects of Hurricane Katrina on East Biloxi, Mississippi. He was a Pulitzer Prize finalist for his AP coverage of the return of Iranian hostages to the U.S.

Jerry Ghionis travels frequently on international photography assignments and speaking engagements. A United States Nikon Ambassador, he was among American Photo’s first Top Ten Wedding Photographers in the World. He has won the WPPI International Wedding Album of the Year eight times, won the AIPP (Australian Institute of Professional Photography) Australian Wedding Photographer of the Year and SWPP (Society of Wedding and Portrait Photographers) Photographer of the Year Award. Ghionis created the Ice Society.com training site and designed the Ice Light, an LED continuous light. He and his wife founded the nonprofit Soul Society to help needy children in Third World countries.

Reservations for the May 15 Pro Award Luncheon at the United Nations must be received by April 21. To RSVP or receive more information, call James Chung at 914.476.1712 or e-mail him at jchung1@prodigy.net. ipc-un-ngo.org