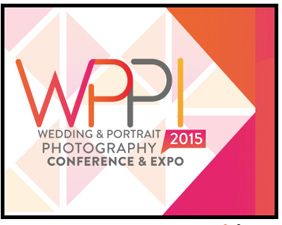 While some photo trade shows have shriveled up to become mere shadows of themselves, and some have gone away altogether because they couldn’t adjust to new market realities, the annual WPPI show is prospering. Over the last four decades it has evolved into one of the most important professional photographic shows in the country.

What makes WPPI work is that it’s not just a photography show; it’s a show that’s about the business of photography.

Started in 1978 by Rangefinder magazine, the early conferences were a way to help professional photographers get the information they needed, improve their skills and maximize their income in pre-Internet days. That was a time when product information was difficult to come by. It could take weeks between the time a new product was announced and information about it reached the market. Getting good business advice was even more difficult.

The fact that WPPI is still going strong shows just how much it has evolved. Product information dissemination has pretty much been supplanted by the web. Detailed information on just about any product that has been released (and some that haven’t officially) is available almost instantly online. But getting solid information about successful business practices can still be a challenge. That’s where WPPI excels.

The 2015 show, officially titled WPPI Wedding & Portrait Photography Conference + Expo, took place February 26 through March 5 at the MGM Grand in Las Vegas. It actually consisted of two components: an eight-day educational conference and a three-day expo. There were 200+ classes in five categories offered as part of the year’s conference, including what was called the Platform classes, the Master classes, the Plus classes, the Photo Walks, the University and the four-day intensive Filmmaking track. Topics included lighting, posing, refining workflows and more successful weddings and portraiture techniques.

All the Plus and Film classes and close to 40 other classes were totally sold out. The numbers on the 2015 show are equally impressive. According to WPPI: 12,552 registered attendees represented a 3% YOY increase; there were 150+ speakers and presenters from around the world; 278 exhibitors showed their products and services; and 76,100 square feet of exhibit space hosted products, panels, demos and speaker presentations.

One of the most popular programs was the University (previously known as WPPI U), which saw a 17% increase in attendance over last year. The one-day workshop is designed to help professional photographers strengthen shooting skills, better market photographic services and provide insight into how to run a more profitable business.

A Slightly Different Attendee
There were two things that stood out about show goers this year that were a little different from previous years—particularly from a number of years back. Even just a few years ago, photographic trade shows primarily drew men. Some 80% or more would be guys. They might have brought their wives or girlfriends, but they wouldn’t be actively involved. This time around, according to WPPI, nearly half (47%) of attendees were women. And they were actively involved in attending the educational sessions, in asking questions and in getting business advice. In fact, in some respects, they were frequently more involved in asking questions and taking advice than their male counterparts.

Judging from feedback from people who have worked the show for a number of years, the other difference this year is that many believed it was somewhat of a younger crowd than it had been in the past. In fact, post-show numbers show that more than 20% of attendees were under 30 years old.

Wide-Ranging Exhibitors
Major vendors like Canon, Nikon, Olympus and Sony had large and diverse booths that demonstrated various aspects of their product lines. While there was a lot of equipment on display, generally major manufacturers didn’t use WPPI to launch products. With the massive International CES, which PMA is now part of, being just six weeks earlier and having more than 10 times the attendees, camera equipment manufacturers primarily used that show to make their spring product announcements.

Still, since most of WPPI show goers hadn’t attended CES, it was the first time for the large majority of these photographers to have the opportunity to check out the new equipment.

Since almost everything is going to the web in one way or another, there was also a lot of interest in online business activities. Companies like Zenfolio, SmugMug and MorePhotos explained the advantages of professional website development, the online sales and marketing of photographic services, and cloud-based image hosting.

Many of the companies had small stages set up for formal and informal presentations. Most of these drew audiences of show goers wanting to get more information on anything from photographic techniques to automating studio operations and marketing their services.

While there was quite a bit of the expected promotion of products and services on these small stages, most of the companies did a good job of mixing sessions about their offerings with broader sessions covering photographic techniques and business development. SmugMug, for example, had four sessions each day: two dealt with getting the most out of the company’s service, and two with broader photographic topics.

Besides manufacturers, there were a number of discount retailers. Midwest Photo Exchange used its large booth to sell directly to customers. For them, being there was more a matter of building brand awareness and customer loyalty than making a large profit. As one company executive noted, it’s difficult for a company like Midwest to recover the roughly $150,000 that it laid at on floor space, staffing and shipping charges.

B&H took a different approach. It had no products and no displays at WPPI. Rather than bringing out truckloads of merchandise to sell on razor-thin margins, the company had several rows of tables set up that were staffed by sales associates. The associates helped customers navigate the B&H catalog on laptops, to find just the right equipment to fill their needs.

One factor that potentially threatened the show was weather. Not the weather in Las Vegas, but the weather in much of the rest of the country that made traveling difficult. As with CES, many vendors were worried about getting their booths and products into Las Vegas in time to set up, because of the many snowstorm flight cancellations along the East Coast. But they managed.

For the show as a whole, both of the halls were well attended. But on the first day, the vast majority of show goers went to the main hall that had the major vendors in it. That left some vendors in the second hall a little frustrated. Traffic, however, picked up by the second day.

All in all, show goers were overwhelmingly positive about their experience at WPPI. Of course, for some, just being in Las Vegas and having a good time may have had something to do with it.