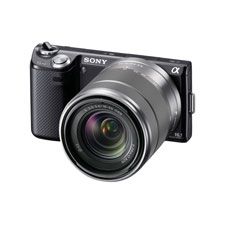 San Diego, CA—Sony enhanced its line of ultracompact E-mount interchangeable-lens cameras with the α NEX-5N model. Housed in a light magnesium alloy body with an intuitive touch screen, the camera is 23.3mm at its slimmest point.

The camera is said to have a release time lag of 20 milliseconds, which combines with an improved autofocus (AF) algorithm and more efficient image processing to provide an AF system that is significantly faster than the NEX-5.

Added to the camera’s repertoire is the ability to shoot AVCHD Progressive (v2.0) Full HD movies with stereo sound at 60p—the same resolution and frame rate as Blu-ray media. Faster readout from the sensor doubles the maximum frame rate to 60 fps, and a cinematic 24p setting is included. Continuous autofocus occurs while recording video along with object tracking focus, which allows a target object to be selected and tracked via the touch screen.

Photographers can also control exposure with program, aperture/shutter priority and all-manual modes. And the NEX-5N is the first E-mount interchangeable-lens camera from Sony with a photo creativity touch interface. Background defocus, exposure, picture effect and other adjustments can be previewed, applied and combined via the 3.0-inch tilting LCD touch panel and control dial, with “photo jargon” simplified for beginners.