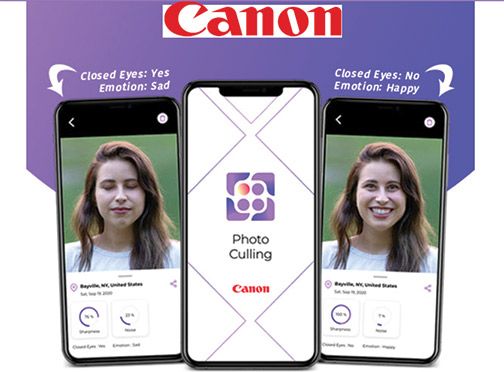 Melville, NY—With an estimated 1.4 trillion photos taken worldwide in 2020 and 7.4 trillion images stored, Canon recognizes it is overwhelming for the average consumer to decide what photos are best to keep and store. Hence, the first-ever Canon Photo Culling app was released. 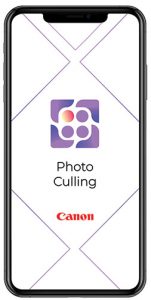 In addition, the app will suggest deleting duplicative photos; this makes it easier for consumers to free up space on their smartphones.

“In today’s ever-changing and overwhelming world, where thousands of photos are captured and stored in a person’s smartphone, consumers need an expert, reliable and intuitive photo tool to help them decide the best photos based on years of trusted knowledge and technology,” said Tatsuro “Tony” Kano, executive vice president and general manager of the Imaging Technologies & Communications Group of Canon USA, Inc.

“Canon USA’s new Photo Culling app is the answer; we are proud to see how the company’s Computer Vision technology within this app can assist consumers with finding and keeping their best photos of their fondest moments.”

This app function determines the best photos based on the absolute best scores against the four models. The models comprise sharpness, noise, emotions as well as closed eyes. If the score is over the threshold the user sets, the photo is considered the best. The remaining images are suggested as deletions.

In addition, the app is able to find similar photos and group them  together. For example, If a user selects 10 photos of a dog and 10 photos of a sunset, it will break the photos into two groups and find the best photo of each; one of the dog and one of the sunset.

Beyond its culling options, the app also shows the number of photos a user has as well as the amount of phone storage on the home screen. Furthermore, its event album feature categorizes and places photos in albums on the home screen. Moreover, these are dynamic albums based on events/dates throughout the year; the app will pull events that have a large number of photos and suggest the user review these photos to delete and save space.

There are also features in the setting screens. For instance, it displays the number of photos deleted; the current app subscription plan; options for notifications; as well as a parameter setting for each score against sharpness, noise, emotion and closed eyes. Users also can adjust these settings, such as changing how much of an impact noise has on a photo versus closed eyes.

The Canon Photo Culling app is available via the App Store. What’s more, Canon offers two subscription options: $2.99 per month or $14.99 for the year. Both plans come with a three-day trial.