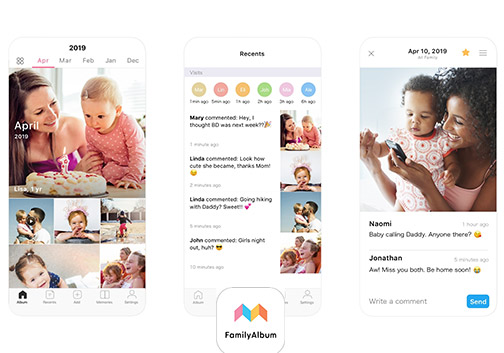 San Francisco, CA—mixi announced that its private family photo- and video-sharing app, FamilyAlbum, surpassed five million registered users on June 12, 2019. The app launched in April 2015. Moreover, as of May 2019, more than 98 million photos/videos were uploaded to FamilyAlbum.

The app gained another million users around five months after reaching four million users. Moreover, the number of users in Japan is steadily rising, in addition to the increasing number of users in English-speaking countries. These users are mainly from North America but also from the UK and Australia. The FamilyAlbum app helps parents share everyday moments of childhood via photos/videos of their children while keeping it all in the family. “FamilyAlbum’s popularity stems from the ability to invite grandma, grandpa and other family members to join in the story, events as well as the daily joys of childhood,” the company announced.

The app offers unlimited storage of photos and videos, as well as communication between family members. Its monthly subscription service, FamilyAlbum Premium, launched for $4.99 per month in April 2019. 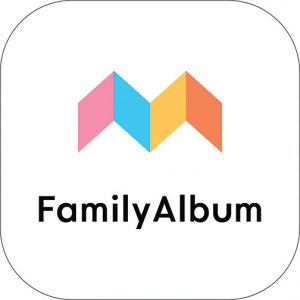 With a single subscription, all family members get access to three features. These features include the ability to upload videos up to 10 minutes long (in contrast to three minutes for free users), as well as the capability to upload from their computers.

App users can invite family and friends, then start uploading memories to share them immediately. The family can also leave emojis and comments on photos and videos. In addition, the app will sort photos and videos automatically by month. And updating is simple; the app remembers everything that’s uploaded.

Users also can enjoy video collages that highlight the best photos and videos they shared. Moreover, the app automatically creates the collages every three months.

Another beneficial feature is the ability to have the app monthly generate photo books. Users can then edit the photo books to add a personal touch. They can also create photo books from scratch using the app.

Since 1997, mixi Group has created communication services for friends and family to enjoy together. These solutions include the social network mixi as well as the multiplayer smartphone app Monster Strike.