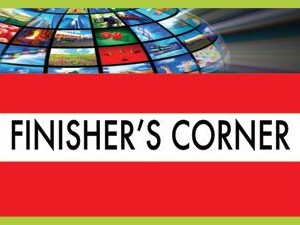 In China, Sonny Zhu from Hui Mei/HYMN, a distributor of Noritsu minilab systems, has developed a very profitable business model for taking group photos—there are many large government dinners—and printing panoramas that are 36 inches wide or wider on an inkjet minilab that uses roll paper. He also photographs corporate events and other group activities. The minilab has wheels, so it can be transported to the location and quickly set up for printing, since it can print immediately. Zhu has offered this group photo model to professional photographers who don’t have an inkjet minilab system but can upload their images to a nearby production center for printing. He provides the training and online marketing/promotion. This same arrangement also provides photo books for events and consumers.

During a presentation at our International Business Forum – China 2013, Zhu reviewed his ID photo program. He commented on the typical ID portrait of his employees, saying that those photos make them look like criminals. However, with a proven equipment setup, a request that the subject dress decently and a quick “touch-up,” he demonstrated how an ID “picture” could be turned into a portrait and garner additional sales. The difference is shown in Figure 1, and these portraits could be repurposed for many applications, including business cards and even sold to the subject at “portrait” prices.

A normal ID photo in China typically sells for 20 Yuan, but these “portrait ID” photos have a substantially higher perceived value, and an 8×10-inch version sells for 280 Yuan.

The setup that Zhu uses is shown in Figure 2; it takes up little more space than the simplest ID photo arrangement.

During 2013, Fujifilm introduced the Frontier-S Smartlab, a component minilab system featuring the six-color DX100 printer, with a choice of either a keyboard or touch-screen input and one, two or four printers (possibly running different width paper rolls), each capable of 480 3R prints/hr., and print sizes up to 8×39 inches. The printer weighs only 50 pounds. It debuted in the U.S. market at PRINT 13 and PhotoPlus Expo, at the latter as an event imaging system in its own movable cabinet complete with software and Windows driver (MAC driver will be available in early 2014). The printer is also small enough to be incorporated into a kiosk.

Not too many years ago, photo retailers were “manufacturers,” skilled at producing prints from films. Today, in the digital age, those retailers who are growing have become marketers. Consequently, the Independent Photo Imagers (ipiphoto.com) have also been developing Marketing Solutions programs for its members. Besides Twitter and Facebook programs, the group has a digital signage program under which members install a TV screen and feed it through a special server that receives central sourced display information which changes promotions, etc.

During the 2013 PhotoNext trade show in Tokyo, Tokyo-based JSP demonstrated the 3D-Picasso “kit” for making 3D prints on-site. Basically, this is a four-step process: 1) shoot the image against a green screen; 2) scan the image from the memory card into a specific template and add the background; 3) print on a normal dye-sub printer; and 4) place a 3D Picasso lens lenticular screen over it and mount the combination in a frame. While this will probably not become a major product for photo retailers, it does provide another opportunity to get consumers to make prints.

At the same show, Nara, Japan-based Tomicolor (tomicolor.co.jp), a member of the Fujicolor group, showed a unique system for printing photo postcards with a code (not a QR code) that, when scanned, triggers an Internet connection to a prerecorded video. This is accomplished using a downloadable app for tablets, and it enables both the postcards (and photo books) and video to be created and linked.

Although we hear a lot about the growing photo book market in the U.S., most of that growth is coming from online photo service providers. In Germany, drugstore chain drogerie-markt (dm) has made a significant investment in developing the on-site photo personalization market in that country.

In 2012, Unibind worked with Kodak to implement a huge on-site photo book program under which 1,500 DL4000 duplex borderless printers were installed, along with input terminals, in all the dm shops in Germany. Workshops were developed to train the staff, and over three months 1,500 people attended. A massive promotion campaign was launched by dm, touting both Kodak on-site photo books and the home computer creation software, which could be picked up on a CD at the shop or downloaded from the dm homepage.

The dm flyers for shops, opening new “Photocorners” or reopening existing ones after retrofitting, offered a 10% discount/rebate. dm has two variations of Photocorners: one staffed with trained photo people (see Figure 3) and the other with no permanent staff.

Recognizing that the primary buyers would be women, various gift-wrapping covers were offered (print run was 150,000), and the campaigns were run in the most important women’s magazines. Two variations of a 60-page brochure were prepared to stimulate interest in a wide range of photo products beyond just photo books. “Instant” products (ready within 30 minutes) in the full-service locations included canvas prints (these shops have wide-format printers), print scanning to a CD, spiral-bound calendars, 12x17cm greeting cards (with envelopes), and prints. Those products that are produced “off-site” include gifts, a few bath/shampoo products that you can put your own pictures or selected clip art on, prints or CDs from color and B&W films, and DVDs or VHS tapes created from movie film.

The results were spectacular! In 2012, 500,000 photo books were made on-site in the dm shops in Germany. In Austria, 350 dm shops have now adopted this same program.

While the photo retailing market in Germany is different from that in the U.S., the success of this program and the intention of a major “big box” drugstore chain to invest in expanding personalized on-site photo-imaging should be encouraging to all photo industry members.