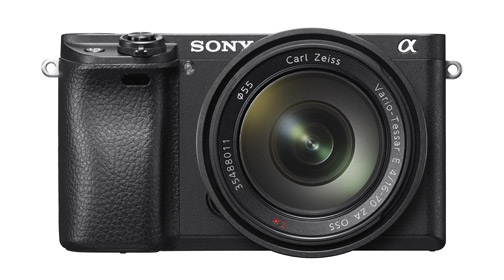 San Diego, CA—Along with new premium G Master lenses, Sony Electronics introduced the latest addition to its mirrorless camera lineup—the α6300. The camera boasts a 4D Focus system said to lock on a subject in 0.05 second. Specs state it has 425 phase-detection AF points that are densely positioned over the entire image area. In addition, it shoots at up to 11 frames per second with continuous autofocus and exposure tracking.

The mirrorless model also supports full live-view continuous shooting on its 2.4M-dot Tru-finder or LCD screen at 8 fps. Sony says this “produces a real-time shooting experience that combines all the benefits of an electronic viewfinder with the immediacy of a through-the-lens optical viewfinder.”

“The α6300 is yet another example of the dominant innovation that Sony continues to bring to the industry, especially from the mirrorless space,” said Neal Manowitz, vice president, Digital Imaging, Sony Electronics. “With this new model, we’ve combined the world’s fastest and most extensive AF system with a superb image sensor and many of our most advanced imaging and video technologies, creating a package that can far exceed the performance of any DSLR in its class. This camera connects you with the action like never before.”

The camera uses Sony’s Fast Hybrid AF system that combines high-speed phase-detection AF with accurate contrast AF. The system positions 425 phase-detection AF points over nearly the entire field of view. This allows it to accurately focus throughout a wide area. In addition, the α6300 debuts a new High-density Tracking AF technology developed to improve subject detection and tracking performance. It is claimed to “quickly activate a large number of AF points surrounding a subject—approximately 7.5 times more density than the α6000. It will then intelligently adjust them in accordance with the subject’s motion.” This is a particularly useful when employing 11-fps continuous shooting or the 8-fps continuous live-view mode, for “100% accurate framing” of fast-moving subjects on the LCD or viewfinder.

As this is the first Sony E-mount interchangeable-lens camera with an APS-C-size sensor, not a full-frame sensor, it’s notable that the 425 phase-detection AF points, enhanced tracking and focus accuracy are available when using A-mount lenses with a mount adapter. Other enhancements include silent shooting functionality, the ability to use AF in focus magnifier mode, expanded flexible spot AF, and eye AF in AF-C mode.

In another first for non-full-frame Sony Alpha cameras, the α6300 provides internal 4K movie recording in Super 35mm format. When shooting in 4K, it uses full pixel readout without pixel binning to collect 20 megapixels of information. That is approximately 2.4×5 (6K equivalent) or as many pixels as 4K UHD. It then oversamples the information to aid in producing high-quality, detailed footage. 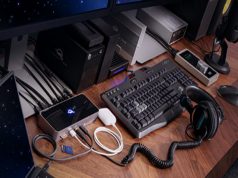 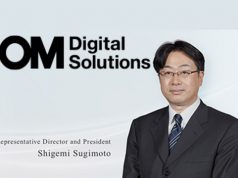