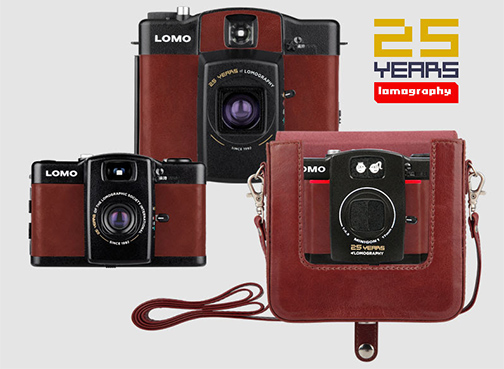 Las Vegas, NV—In 1992, a group of Viennese students stumbled upon a little black camera called the Lomo LC-A. Since then, millions of creatives worldwide have come together to build a movement—Lomography. Now celebrating its 25th anniversary, Lomography unveiled 25th anniversary editions of the LC-A+, LC-Wide and LC-A 120 cameras. 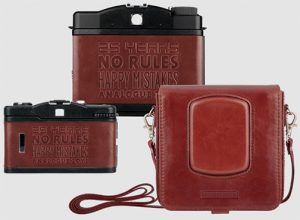 Compatible with a range of accessories, the special edition camera shoots multiple exposures with the slide of a switch. In addition, photographers can use the included cable-release thread to create long-exposure photos. ISO settings extend from 100 to 1,600.

Moreover, the LC-A+ is equipped with an optical viewfinder and a hot shoe, so that users may attach an accessory flash unit.

The 25th anniversary package includes the limited edition Lomo LC-A+, a leather camera strap, a cable release, LR44 batteries and also an instruction manual. It has a suggested retail price of $299.

The package includes the Lomography 25th anniversary edition Lomo LC-A 120 camera, a leather camera strap, a cable release, LR44 batteries as well as a manual. It will retail for $479.

Other features include: a 16-inch close focusing distance; a film ISO range of 100–1,600; an optical viewfinder; a tripod mount; and a hot shoe. As with the LC-A+, it uses all types of 35mm film, including color negative, slide, black-and-white and redscale.

The 25th anniversary edition Lomo LC-Wide is bundled with a leather camera strap, a cable release, LR44 batteries as well as a manual. It will sell for $439.