Home Uncategorized Cameraphones Are Getting Better All the Time, but Do They Really Compare... 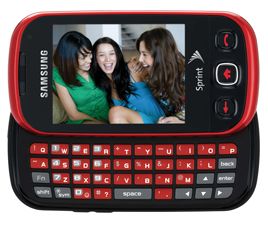 Many consumers suffer from guilty photo-taking consciences. They whip out their smartphones to snap the precious moments of their lives, knowing full well the results won’t be as picture-perfect as they would be if they’d used a digital camera.
Their consciences aren’t bothering them too much, though, since more and more consumers are acting as if their smartphones are their primary cameras.

How much more? From a hardware point of view, the Consumer Electronics Association says 72 million smartphones will be sold in the U.S. this year, most of which can shoot both multi-megapixel digital stills and at least 720p HD video. Apple alone sold 20.3 million iPhones in its third quarter this year, mostly iPhone 4s with its 5MP camera and 720p video recorder.

By comparison, CEA projects only 36.8 million digital cameras will be sold in the U.S. this year, but according to Digital Technology Consulting, only a third of these are capable of recording HD video—the only digital cameras providing a true alternative to a modern smartphone.

From a picture-taking point of view, this year consumers in North America will shoot 75 billion pictures with a digital camera and 42 billion with a cameraphone, according to Lyra Research.

But wait, you’re saying this looks as if consumers still favor their digital cameras. That’s because “we use smartphones to take one or two photos at a time,” observes Steve Hoffenberg, director of Lyra’s consumer imaging research, “while we use our digital cameras less frequently but to shoot a lot more photos when we do.”

The Smartphone Advantage
Consumers may intellectually realize digital cameras make better, well, digital cameras, than do smartphones. But as in all things, especially technology, convenience trumps quality every day and twice on Sunday.

For instance, other than the fact consumers always carry around their smartphones and therefore always have them at the photo-snapping ready, most smartphones feature 3.5- to 4.3-inch LCD touch screens. Being able to touch a screen enables a user to focus in a particular part of a scene, and the more a photographer can see, the easier it is to shoot.

The sweet screen spot for camera displays, however, seems to be 2.7 to 3.0 inches, and some have touch-screen capabilities. While this is not a huge difference, a consumer often perceives a device with a larger screen to be technologically superior to those with smaller screens.

Another factor that trumps quality is price. True, a consumer can now buy a positively loaded digital camera for $150. But a smartphone that also serves as, well, a phone—with similar 5-plus MP still and 720p video capabilities—can be bought for less than $100.

But smartphones are more than just pocket convenient with bigger screens and greater technology value. Once consumers capture an image on their smartphones, they can now instantly share it: e-mail it, post it to Facebook or Twitter, upload it to a photo-sharing site, transfer it to another smartphone or a PC via Bluetooth.
It’s this wireless capability that poses the most perplexing problem for digital camera makers.

Digital Camera Advantages
Consumers still pack digital cameras for multi-photo taking special occasions such as vacations for one overtly obvious reason: digital cameras have lenses, which means they take much better photos, especially when optically zooming in. No smartphone has optical zooming skills. As Lyra Research’s numbers indicate, consumers may like convenience but they aren’t stupid when it comes to really important photo taking.

Up until recently, camera makers have been upping their resolution ante to differentiate their wares from smartphones. But consumers are finally becoming savvy enough to know that 14 or 16 megapixels doesn’t necessarily result in a better photo.

Smartly and finally, nearly all of the major digital cameras now capture MPEG-4 HD video, just like smartphones, and a growing number of digital cameras offer video image stabilization, something else no smartphone includes.

Photo-Quality Battleground
But the photo qualitative differences between smartphones and digital cameras are narrowing, at least as far as resolution is concerned. It is difficult these days to find a smartphone with less than a 5MP imager, and the next iPhone due this fall will be just the latest smartphone equipped with an 8MP camera—soon to become the new smartphone normal.

Smartphone camera chip technology also has advanced to compensate for color, framing and exposure distortions, and anomalies caused by a smartphone’s cheap plastic pinhole lens. As a result, it has become more and more difficult for the average consumer to discern much of a qualitative difference between a sunlit snap taken with a smartphone and that taken with a digital camera.

Indoors, of course, is another story. Most smartphone makers have recognized this limitation and have started to include more powerful flash arrays, often dual LED—not quite Xenon flashes, but good enough for quick snaps.

A couple of cameraphone makers—Motorola, in a partnership with Kodak, and Sony-Ericsson most prominently—have tried to graft a real digital camera lens to a smartphone, but consumers were not accepting of the added weight and bulk—much to the relief of most digital camera makers.

Technological complacency, however, means destruction. Smartphone photo-taking technology will continue to improve, thereby narrowing the gap between photos taken by a digital camera and a smartphone, and easing consumers’ collective photo-taking conscience.

But the technology gap is widest where wireless capabilities are concerned.

Wirelessly Fighting Back
Finally, some digital camera makers have confronted the smartphone’s huge advantage in being able to transmit photos.

Kodak has included its EasyShare feature into a majority of its 2011 models; you pre-store e-mail addresses and social networking site URL information into the camera, and tagged photos are automatically uploaded to their respective destinations as soon as you connect the camera to a PC.

More advanced are the Samsung CL80, ST80 and the SH100, and the Vivitar ViviCam VT132, which actually have Wi-Fi built in, enabling consumers to transmit images and videos directly from their camera to wherever. And there are cameras that support wireless Eye-Fi SD cards to do the same.
But since a Wi-Fi camera can only transmit photos when connected to a Wi-Fi hot spot, they still trail the transmitting capabilities of smartphones, which of course are always connected to the Internet via the cellular network, and also can be used to text and Tweet photos.

Panasonic has solved some of this cellular connectivity problem with its inaugural Wi-Fi camera, the Lumix DMC-FX90. Like the other Wi-Fi cameras, the FX90 lets consumers wirelessly transmit images right from the camera. Unlike the other Wi-Fi cameras, however, the FX90 also can create a wireless connection to a smartphone via its Lumix Link iPhone or Android app. With availability scheduled for September 5, the camera wirelessly transmits a photo via a wireless Lumix Link to the smartphone, and the consumer uses the app to send the photo from the smartphone over the cellular network. Other camera makers would be wise to emulate this wireless step forward.

Printing Cell Photos
A smartphone’s photo-transmitting capabilities pose a problem not only to digital camera makers but to photofinishers as well. Consumers consider candids snapped by a cell phone as disposable, like old Polaroids: giggled at it for a while, then tossed it in a shoebox unworthy of further consideration.

But as smartphone photo resolution and quality has increased, there’s been a growing demand for the ability to quickly print photos.
Many app developers have addressed this demand with photo enhancement and wireless printing apps using the Air Photo technology from Sudobility. Air Photo-compliant apps allow smartphone photos to be sent to any Wi-Fi enabled printer on a consumer’s home Wi-Fi network.

Apple has its own wireless printing technology called AirPrint, which allows consumers to wirelessly transmit photos, or any document, from their iPhone or iPad to an AirPrint-compatible printer. At press time, however, only around 30 HP printers were AirPrint compatible.

If a consumer is out and about, HP has created an ePrint app for both iPhone and Android, which allows consumers to wirelessly print their smartphone photos (as well as documents, web pages, etc.) at any public printing location using HP printers, such as at FedEx offices and many large hotels.

Finally, if a consumer yearns for a more professional print, the free LifePics app for iPhone or Android enables a consumer to order a smartphone-snapped photo through the LifePics Photofinisher Network, then pick their prints up at one of the more than 13,000 affiliated LifePics-associated local stores around the world, often in less than an hour.

As smartphone photo quality improves, and until all digital cameras enable their users to instantly transmit photos, they’ll continue to lose photo-taking juice to their smartphone counterparts.