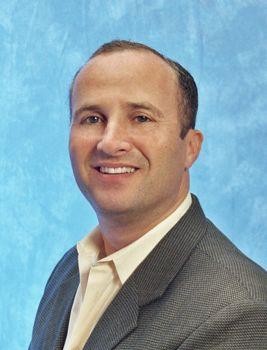 How a scrappy native New Yorker is turning his California photo specialty store into an international scanning service.

Ever heard of "National Photo Preservation Month"?  Don’t worry if you missed it this January, it’s still a new concept, but proof of a rare form of retail audacity: make-it-up-as-you-go-along marketing.

National Photo Preservation Month was just the latest brainchild of Mitch Goldstone, president and CEO of a photo specialty store in Irvine, California, that has evolved, in recent years, to become the celebrated brand Scanmyphotos.com.

Mitch wants Americans especially to send him their shoe boxes of old photographs so he can first convert the pix to digital files and then covert those files into high-margin photo books, posters, calendars, collages and Kodak Picture DVDs.  And he’s come up with a remarkable variety of marketing ploys to get them to do just that, even in the tumultuous last six months.

"The economy has no relevance to what’s going on with this business," said Goldstone, a native New Yorker whose ballsy business attitude has earned him a reputation as a doer in industry organizations like the International Photo Marketing Association. "Sales are exponentially increasing day-to-day, week to week….we have tripled our staff in the last year. I just hired someone else yesterday, even in this economy."

Goldstone’s niche success is based on a simple ideas: specialty retailers must change with the times, finding a new niche service for every age, and then use every modern means of communication out there to publicize the niche. When Goldstone and business partner Carl Berman opened their Orange County store, 30 Minute Photos Etc., back in 1990, their niche was to be a quick turn-around photo lab for the thousands of Californians who passed by daily on the freeways.  It worked for a while, until the turn of the century hit and with it, the demise of film processing.

"Back then, business was exponentially plunging off the cliff," remembers Goldstone. "It was the perfect storm where after 9-11, people stopped traveling, stopped spending money, stopped film-based picture taking. We were all set for digital, even setting up online ordering, but no one ordered!"

It was time for a reinvention, something Goldstone says they later decided to make a habit.  They set about to turn their store into a social gathering place, offering customers a creative space to learn about getting images off of memory cards.  Partnering with Kodak, they set up comfortable digital work spaces, put up compelling examples of the latest picture products and created a website with a blog that offers a constant supply of ideas and photography tips.  They turned their customers’ e-mail addresses into a direct marketing resource, regularly sending out newsletters that included special promotions and coupons.

"Mitch’s online presence is phenomenal," said Megan Schneider, Worldwide Partnership Marketing Manager for Kodak. "He really has a way with marketing in-store too. He’s put up big screens in his store where customers can view Picture Movie DVDs as they are made.  Everyone is just swept away. He runs loops on new products too."

Goldstone’s most successful reinvention, however, has nothing to do with brick and mortar. In 2006, he launched scanmyphotos.com, an online service which allows customers worldwide to safely ship their old photo prints to Irving, where they are scanned and digitized for a flat rate (typically, $49.95 for 1,000 pictures), and then returned right away.

The service tapped into an enormous need (Goldstone says there are 3.5 trillion analog pictures out there, sometimes as many as 5,000 per household) and, after a couple of ramp up years, was featured in David Pogue’s popular New York Times technology column.

"We rethink, reinvent, restyle, and return to profitability," said Goldstone, who isn’t resting on his success. A few months ago, he converted his printing technology to Kodak’s APEX system, a fast, chemical-free dry lab that allows him to produce 2200 prints an hour.  "All eco-friendly," he added.

His marketing campaign is progressing as well. In addition to creating and promoting National Photo Preservation Month, Goldstone has been experimenting with online social networking.

"We’ve made an occasional offer where we do free scanning–you pay $19.95 for the shipping–but the only requirement is that you post a review on your Facebook page or blog," he said. "I think that kind of thing makes customers feel like they’ve latched on to the new high-tech company."

Goldstone says he believes embracing each new tech trend as it comes along is the secret to staying lithe and profitable each year. He’s unintimidated by the next wave in imaging as well:  consumers using their cell phones as their primary camera device.

"I’m really encouraged by smartphones and all the new technology we see at CES.  Anything that encourages people to take more pictures is all right with me."