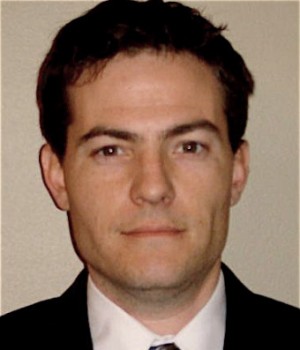 Green is red hot. Discussions surrounding all things green have exploded during the past 12 months. In the CE industry, ‘green’ discussions tend to focus on product design, product usage (power consumption), or product disposal. With the DTV cut-off fast approaching, the issue of what consumers will do with old televisions has been especially poignant. The green wave will impact companies of all sizes and types in some way. Those that understand the key trends will be best positioned to act strategically.

A recent study of 1,000 U.S. adults by the Consumer Electronics Association provides a few clues to help understand consumer perceptions and behaviors. The study reveals t attitudes toward green practices are on the rise. Consider this, 91 percent of consumers believe recycling is an important or very important responsibility, up from 84 percent in 2005. The research also reveals increases in the importance placed on recycling electronics devices (nine points since 2005) and household appliances (11 points since 2005). Additionally, about two-thirds of Americans consider themselves environmentally conscious. The data shows women are slightly more concerned about recycling and the environment than men, while higher income households place greater importance on recycling than lower income households, something to keep in mind as green product positioning emerges.

Not only have attitudes about green practices changed, so have behaviors. In 2007, consumers said they removed nearly 289 million units of CE products from their homes. Most unwanted devices are given away to charities, friends and family members. The key trend over the past decade has been the increase in recycling and decrease in CE products entering the waste stream. Last year, consumers reported recycling more CE devices than they trashed, unlike 2005 when the reverse was true. More consumers expect to take the CE recycling route next year. One in four expects to recycle, compared to only six percent that expects to dispose of their product via regular trash service.

The looming DTV cut-off has raised concerns over increased volumes of TVs marked for disposal. But many forget the cut-off will directly affect only about 11 percent of U.S. households, those that rely solely on over-the-air television signals. When asked about their anticipated actions, 48 percent of the antenna-only segment expect to use a coupon to get a converter box, while 12 percent expect to purchase a new digital television and 7 percent want to start subscribing to cable or satellite. All told, those households plan to remove less than 10 million televisions from their home between 2009 and 2010. Mirroring the overall trend, the majority plans to give away or recycle their unwanted televisions, with a small number of sets entering the waste stream. Obviously CRT TVs and other analog products will eventually cycle out of homes, but the process will likely be gradual. Consumers continue to rely on many analog products for use in secondary rooms, such as a guest bedroom or a dedicated gaming room.

Some retailers and manufacturers already have programs to help consumers recycle products after the purchase of a new unit.

For retailers seeking an entrée into green practices, an easy first step entails serving as an information resource. Among consumers who threw a TV in the trash in 2007 (about eight percent), 42 percent said they did so because they were unaware of how to recycle it. Furthermore, about seven in 10 indicate they would have recycled the TV if they had the necessary information. Giving consumers information on available options is not only a worthy green practice, but it will likely generate goodwill with customers who may return for extra accessories or add-on products. Information may include manufacturers that have recycling programs; local recycling programs (CEA’s www.MyGreenElectronics.org offers a locator tool to identify nearby recycling centers); and buy-back programs that facilitate reuse and recycle, such as TechForward, BuyMyTronics, Second Rotation, or the Best Buy Trade-in program.

Another key green trend to keep an eye on is design and packaging. A small segment of consumers already weigh green factors heavily into their purchase consideration and are willing to trade-off performance, aesthetics and price. A larger consumer group, however, seeks products that meet their needs at the right price point and serves the greener good. These are not static groups and it’s likely more and more consumers will factor green elements into their purchase decision. CE manufacturers (Philips EcoTV is a good example) have also begun to rollout products with enhanced energy efficiency features, minimal or zero use of heavy metals, and designs that are easy to dismantle for faster recycling. Manufacturers have also reduced excessive packaging and increased the use of recycled paper or plastic materials.

An April 2008 survey to CEA’s CE Advisory Panel suggests these types of green initiatives will continue to gain traction within the industry. The panel expects CE products with some green element to more than double by 2010. With the rapid pace of innovation in the industry, no one can predict for sure the exact nature of tomorrow’s technology products, only that they will most likely exceed our expectations for features, performance and greenness.