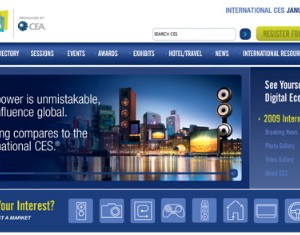 With the struggling economy, January’s International CES is expected to be smaller that those of previous years, both in terms of floor space occupied and participating companies. That’s what organizers with the Consumer Electronics Association told the Wall Street Journal.

While attendance at the show is expected to match last year’s total, CEA expects 15 percent fewer companies to exhibit, and 5 percent less floor space to be occupied. Hotels in Las Vegas have responded by cutting room rates during the event, which is set to take place Jan. 8-11.

International CES has been the largest trade show in the U.S., and one of the largest in the world, for several years.