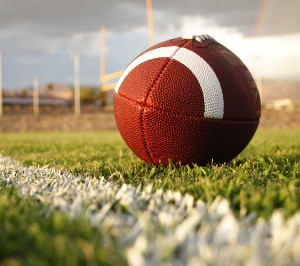 The complaining started shortly after PMA organizers announced their 2008 show dates for the next show, also slated for wonderful Las Vegas, NV. Announcing the dates of February 1-4, which runs on a Friday-Monday schedule, it didn’t take long for folks to figure out that the February 3 date is Super Bowl Sunday 2008. Adding to the dilemma is the fact the next PMA is falling only three scant weeks from the end of CES 2008, slated for January 7-10, 2008.

We spoke with PMA about the concern over the aforementioned issues with the 2008 show dates and they responded by explaining that they chose the date prior to learning that the NFL had selected February 3 for the 2008 Super Bowl. PMA also informed us that there is a rather large construction industry trade show that is held in Vegas every 3 years and PMA runs up against it (for the first time) in 2008. The nature and size of this show encompasses several weeks for set-up and tear down further complicating matters for PMA next year.

Some of the suggestions from vendors we spoke with included making Sunday, February 3 the half day, closing things down at around 2 p.m., with a full day show on Monday or limiting the show to 3 days with Sunday then being the half day running from 9-1 p.m.

Something else to consider before calling PMA organizers out for next year’s dates – there were some 21,400 trade shows held in Las Vegas in 2006, attended by over 6.1 million people. Complaining about attending one of these is pretty easy to do when you compare it to what it must be like to plan one. During the most recent two years the show was held in Orlando, Fla., everyone complained that they couldn’t wait til the event moved back to Vegas. Sometimes, you just can’t win. Pack your Super Bowl party to go – and hey, there are worse places to be on Super Bowl Sunday than Las Vegas.