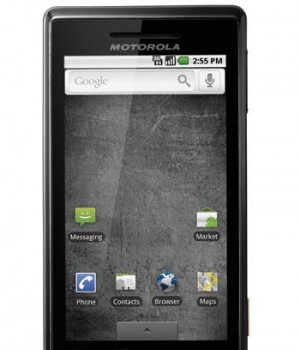 Verizon’s Droid, probably the most long-awaited mobile phone product of the fall season, will make its debut Friday Nov. 6.

The smartphone, which comes from Motorola, is the first phone to feature the Android 2.0 operating system from Google, has been the subject of a major media blitz, which have targeted Apple’s iPhone head-on.

Another new Android phone, HTC’s Droid Eris, will also arrive this week. Some stories, including Verizon’s 24-hour store on 34th St. in New York, were set to open at midnight Thursday for initial sales of the product.