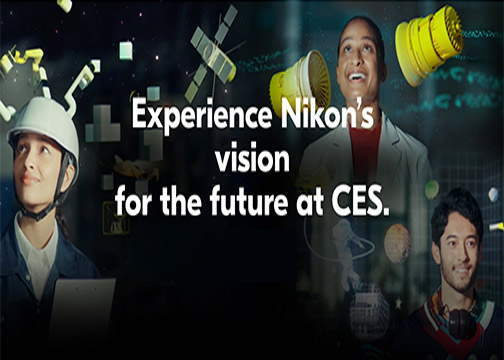 “Looking forward to the year 2030, Nikon’s innovation and expertise in opto-electronics and precision technologies will position the brand as a premiere technology solutions company in a global society where humans and machines co-create seamlessly,” the company announced.

At CES 2023, Nikon is introducing various products and solutions ranging from cameras, lenses and astronomical telescopes that improve quality of life (QOL). In addition, the company is highlighting digital manufacturing solutions to bring innovations in monodzukuri (manufacturing) field.

Along with cutting-edge imaging products, such as its Z 9 flagship, full-frame mirrorless camera, Nikon is also showcasing The Unreal Ride. The collaborated exhibit with Vū Studio is a demonstration of the power of motion control and virtual production.

The Unreal Ride takes participants into an immersive virtual production experience. They can capture a video of themselves moving through a virtual environment as if it were the real thing. Participants sit on a custom-made futuristic motorcycle prop against the backdrop of a giant LED screen. Moreover, when captured through the lens, it appears as if they are riding through the virtual environment.

Furthermore, the ride is captured with technology by Mark Roberts Motion Control Limited—a subsidiary of Nikon. The exhibit features MRMC’s Bolt X high-speed camera robot against an LED volume, with video footage captured by the Z 9.

What’s more, the Unreal Ride combines both the physical and the virtual world. This advanced technology demonstrates how filmmakers can shoot against any background they can imagine, without being bound by time, season or place. The activation also supports Nikon’s vision for society where people are connected in ways that transcend time and space with imaging production technologies.

Of course, Nikon booth visitors can speak with product experts and try out the lineup of Z series mirrorless cameras and Nikkor Z lenses. New this year, Nikon also has an area dedicated to video shooters where they can test-drive the latest Nikon cameras rigged up.

Another part of the exhibit features riblet processing. Inspired by sharkskin, it uses laser and microfabrication technology to develop micro-surface structures on an object. This can reduce viscosity frictional loss due to the irregular flow of liquids and gases.

Consequently, the technology can improve the energy efficiency of various industrial equipment. Moreover, when applied to aircraft or wind turbine blades, it can help reduce fuel consumption and CO2 emissions. As the realization of carbon neutrality is an increasingly urgent issue, Nikon believes riblet processing is an environmental technology that deserves global attention. 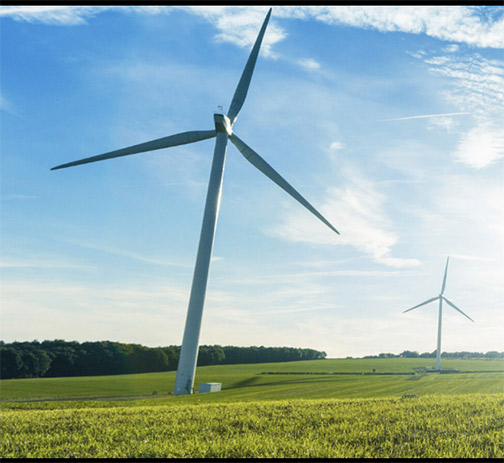 A giant mock-up of a wind turbine blade at CES has drones and industrial robots placed around it. The drones carry robots that perform riblet processing regardless of operating altitude. Thanks to Nikon precision patterning, metrology as well as automation capabilities, processing is performed fully unassisted.

Lastly, Nikon is presenting its Robot Vision systems that can achieve greater visual acuity than the human eye. As a result, robots can identify ultrasmall parts and flexibly process them at high speed. Mounted on the end of a robot’s arm, they point the way to a future in which robots can carry out complicated tasks efficiently.

Additionally, video footage in the booth shows the placement and recovery of toppled dominos demonstrating the superior flexibility that such future systems will offer. Nikon asserts that this vision system will boost productivity and bring industry to a whole new level.

“Nikon will provide innovative technology solutions that anticipate and meet our global customer needs and contribute to a better sustainable world where humans and machines co-create seamlessly to solve societal challenges,” the company stated.