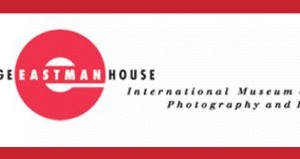 Rochester, NY—George Eastman House appointed Heather Shannon as assistant curator in the Department of Photography. Shannon brings more than a decade of academic and museum experience to her new role at Eastman House, where she will be focusing on 19th century photography.

Prior to joining the staff at George Eastman House, Shannon was the photograph archivist for the National Museum of the American Indian, part of the Smithsonian Institution in Washington, DC. She also worked for many years in the Department of Rare Books and Special Collections at Princeton University Library, cataloging rare books and the Western Americana photographs collection.

During her tenure at the National Museum of the American Indian, Shannon curated the exhibition “Indelible: The Platinum Prints of Larry McNeil and Will Wilson,” which was on display from June 2014 to January 2015. With her colleagues at the Smithsonian’s National Portrait Gallery, Shannon co-curated “Dark Fields of the Republic: Alexander Gardner’s Photographs, 1859–1872,” which will be on view starting in September. She was also responsible for hosting Will Wilson’s Critical Indigenous Photographic Exchange (CIPX) in the rotunda of the National Museum of the American Indian.

In addition to curatorial work, Shannon has published essays on photographs made during the 1862 Dakota War in Minnesota and on Native American photographic portraiture. Currently a PhD candidate in art history at Rutgers University, she is finishing her dissertation, “Primitive Camera: Adam Clark Vroman and the American Southwest, 1895–1904.”

George Eastman House holds collections totaling more than four million objects, including photographs, motion pictures, cameras and technology, and photographically illustrated books. Established as an independent nonprofit institution in 1947, it is the world’s oldest photography museum and third largest film archive in the United States. The museum is located in Rochester, New York, on the National Historic Landmark estate of George Eastman, the innovator of popular photography and motion picture film. eastmanhouse.org