Pinewood Studios, UK—Rotolight released its native iOS and Android applications for the company’s AEOS 2 and NEO 3 RGBWW LED lights. The app delivers optimized control as well as functionality for the Rotolight user community. It provides real-time two-way adjustment between a Rotolight and the app.

“We’re delighted to unveil our brand-new Rotolight app; when paired with our award-winning product range, it enables us to deliver a world-class user experience that enhances the creative possibilities. And it simplifies the workflows of image makers around the globe,” said Rod Aaron Gammons, CEO, Rotolight. 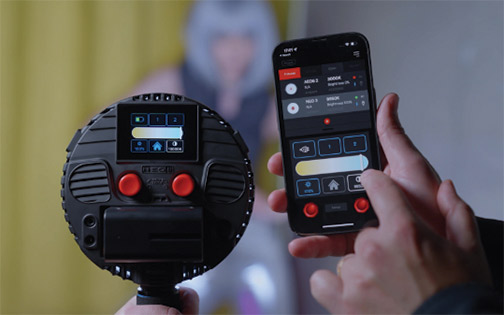 “With a focus on continued innovation as well as improvement via complimentary regular firmware updates and app enhancements, Rotolight continues to demonstrate its commitment to its existing user base. We’re very excited for the Rotolight community to get hands on with the app.”

The all-new Rotolight app for NEO 3 & AEOS 2 lights is available on both smartphones and tablet. Via the app, users can adjust kelvin settings from 3,000–10,000K; brightness; HIS; gels; flash settings, including power, group, modeling light and flash duration; as well as SFX on up to 20 lights. With real-time two-way communication between the app and the lights, all changes are instantly updated with zero latency.

Further, it features a virtual replica of the award-winning touchscreen found on the back of the latest generation of Rotolights. Consequently, the app offers familiarity and ease of operation for existing customers.

The app also boasts a new virtual color wheel. As a result, users can choose from an endless color palette, including 16.7 million colors and 2,500 filters. They can also create custom presets; access key features; as well as recall favorite settings—from the palm of a hand.

In addition, via the app, users can adjust a new green/magenta feature. This feature was added in a supporting firmware 2.0 release available now for the NEO 3 and AEOS 2. What’s more, it allows for bespoke correction for sensor types and personal preferences.

Furthermore, users can more easily control the light when mounted inside modifiers with the new app. They can also streamline their workflow and save time on set, by making real-time adjustments from up to 200 feet away.

This makes the app the perfect accompaniment to the new range of Rotolight modifiers. It also enables wireless adjustment of Rotolight’s electronic SmartSoft Box as well as provides ease of use with R90 and R120 parabolic softboxes. 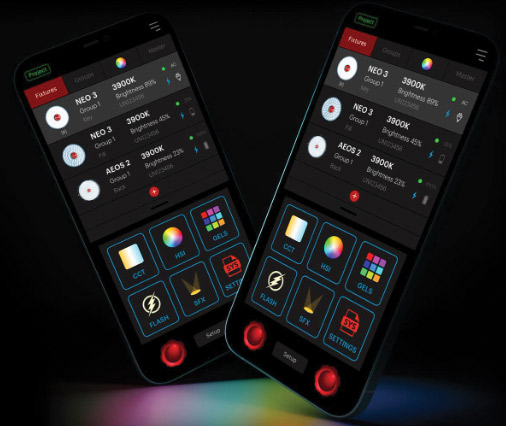 Other features include the ability to store and recall custom lighting presets; customize and remote trigger Rotolight’s cinematic lighting effects; and select from 2,500 classic lighting gels to enhance creative possibilities.

Rotolight will make available further app updates in the coming months. For instance, the company announced the development of backward compatibility for older generation lights in a Q4 2022 update. Moreover, while the older lights do not contain the Wi-Fi/Bluetooth chip found in the NEO3/ AEOS2, the latest generation products will act as a “wireless bridge.” They will retransmit the app data via the Skyport flash receiver found in older generation lights.