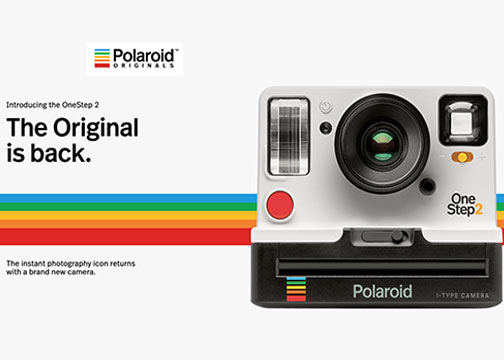 New York, NY—Polaroid Originals, a new brand from Polaroid launched with a commitment to analog photography. In conjunction with the launch was the introduction of the OneStep 2 instant camera, which was inspired by Polaroid’s original OneStep from 1977.

“Our goal was simple—create an accessible, easy-to-use instant camera that invites everyone to take part in analog instant photography,” said Polaroid Originals’ CEO, Oskar Smolokowski. “For us, this camera is more than just a new product. It represents our future. It represents the potential for analog photography to develop further as a medium, bringing people together to capture moments and create art.”

Priced at $99.99, the OneStep 2 is designed to be as easy to use as the original OneStep, but it now incorporates modern features. These features include a more precise, aspheric

lens; a powerful flash; a built-in battery with a 60-day life; and a self-timer function. The OneStep 2 is available for preorder in white and graphite versions. 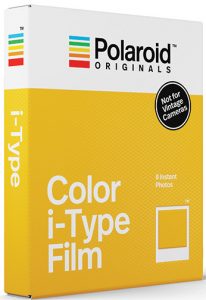 Along with the OneStep 2, Polaroid Originals announced a new generation of color film. The film is said to be sharper and brighter than the Impossible film that came before it.

The film’s developing time has been whittled down to 10–15 minutes. The company also says “it’s a big step forward for our instant color chemistry.”

“We’re also introducing the new Polaroid Originals i-Type format film. It’s now battery-free, so it’s a better value, and it is optimized for i-Type cameras to offer the pinnacle of instant photography for the modern age,” Smolokowski added. us.polaroidoriginals.com