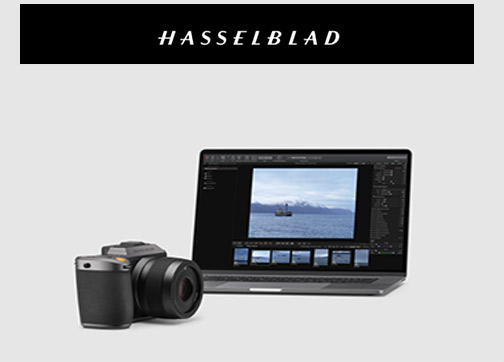 The software already had a host of tools. They include tethered shooting with camera control; live view functionality; Hasselblad’s Natural Color Solution; adjustment layers; auto moiré detection; as well as digital lens correction. However, Phocus 3.5 brings enhanced performance to the system with the new defringe tool for purple or green fringe removal in high contrast transitions. It also improves contrast and brightness adjustments. In addition, it adds the luma mode to the curves tool.

The new defringe tool enables removal of purple or green fringes that may occur in situations like high-contrast transitions. Pick the area to obtain an automatic setting of amount and range and manually adjust from there if needed. This tool is also available in adjustment layers.

In addition, the curves tool now features the luma mode; it controls luminosity with less impact on color rendition than the simple RGB curve provides.

To expand the possibilities of the Hasselblad workflow, Phocus Mobile 2 takes the image-editing process to a portable level. With the app, users can import, edit and rate RAW images. They can also import and rate full-quality JPEG images directly on their device. In addition, Phocus Mobile 2 supports full-res image export; tethered shooting; and direct camera control.

Update 1.0.1 also adds the following improvements: the ability to zoom and scroll images immediately after they are loaded in the viewer; lens correction for the XCD 45P; as well as various enhancements to the system for a more seamless mobile experience.