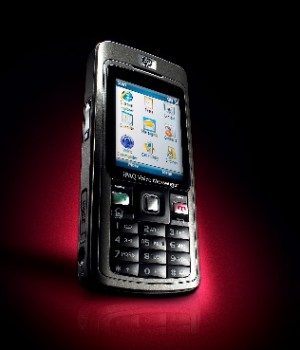 HP has unveiled the company’s first smart phone, a slimmed-down iPaq that is scheduled to ship late spring of this year. HP announced the pewter-colored iPaq 500 series Voice Messenger at the 3GSM cell phone industry show in Barcelona, Spain last month. The announcement came only a few days after Microsoft released details about Windows Mobile 6, the latest iteration of its operating system for smart phones and connected handhelds. The HP phone will feature Windows Mobile 6, as well as a 1.3-megapixel camera.

Additional features include a Voice Commander technology that lets the user initiate actions (phone calls, for example) and navigate through the phone by speaking into it. The iPaq 500 series also uses text-to-speech technology to let the user listen to e-mail messages, which they can then respond to with a voice recording – features that are especially appealing to those that use a cell phone while traveling and/or driving.

HP says the phone’s battery life will be quite robust, supporting 6.5 hours of talk time and up to 260 hours on standby, and you’ll be able to charge the phone through a laptop USB port as well as a normal outlet.

HP told us the first phones should be available this spring, and while pricing has not been announced, HP claims initial units will fall in the $300 to $350 range.