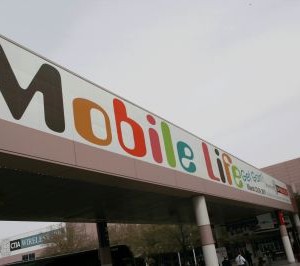 The CTIA Wireless Association recently wrapped up its annual convention in Las Vegas and a few key trends emerged…several worth keeping an eye on.

Along with the continued chatter on the advent of 4G networks, which we'll examine in a bit, mobile video continues to climb the relevance ladder becoming more viable by the day. From what we saw at the show, it is also becoming a much more pleasant experience for the consumer.

Cisco's CTO Padmasree Warrior spoke about the explosion video is enjoying and attached some startling numbers to the recent excitement around mobile video in his keynote address. The current trends, according to Warrior, show 91 percent of all Internet traffic will be video content by 2013. He added that with video becoming such a dominant force on the Internet, along with the emergence of faster networks and smart devices that can handle it, video will become an even more significant driver of mobile data usage as well—occupying an estimated 66 percent of mobile traffic by 2013, according to Cisco.

Speaking to that trend, handheld news and reviews site Brighthand.com produced its first Mobile Film Festival at the show, showcasing the best and most creative video content made specifically for cell phones. Mobile firms obviously stand to see great gains from all of this motion commotion over the coming years as budding filmmakers begin specifically tailoring short-form video for the new generation of tiny screen video addicts—aka, smartphone consumers.

On the still-image front, it appears 5MP resolution is the new starting point for the cameras in smartphones and we also eyed a few 8MP models. Samsung's Galaxy S was the dominant product at their booth, a smartphone that features a four-inch AMOLED screen, a 1 GHz processor, 5MP camera and HD video. Those that have shot with it tell us that even in low light situations colors pop and the video is crisp and clear. A four-inch display certainly opens up some interesting content possibilities. Samsung's i8520 is another solid imaging device that features an 8MP camera with auto-focus, a 3.7-inch screen and a DLP pico-projector. The specs are getting more interesting by the day in this category.

NEC had announced a 12MP camera phone at Mobile World Congress earlier this year that uses the TrueTouch touch screen solution, which NEC claims, “enables users to focus the camera using the touch screen for speed and convenience.” The N-02B recognizes a photography scene automatically and then adjusts the brightness, sensitivity and picture quality accordingly.

Other 5MP models that caught our attention at CTIA came from HTC (EVO 4G, the first WiMax-capable phone using the WiMax network, with a 4.3-inch screen, 8MP camera with auto-focus) and LG (Arena, featuring HD video, 5MP, 3.5-inch screen and FLO TV). The cameras in these things are improving, and the effect this category might have on the point-and-shoot market will be interesting to watch in the months/years ahead.

Speaking of the Sprint WiMax network, the official launch is set for this summer and we'll keep you posted in future issues as to what it all could mean. The faster speeds for downloads and higher-res video capability should certainly help Sprint make a stronger play in this market.

Perhaps the one feature that we were most impressed with in the HTC smartphone that is related to the 4G commotion is the built-in mobile hotspot that allows users to share their connection with up to eight other devices. The social aspect to sharing content and sharing one's mobile experience is at the heart of this category's appeal. Let's just say that it's getting pretty wild out there in mobile-device land.

The overall quality in all the models we saw for both the stills and video were most impressive. This category continues to separate itself from the rest of the imaging world with all the available apps. These devices are simply becoming a vital part of consumers' everyday life as the “I can't live without my cell phone” crowd has officially outnumbered those that can.

Elsewhere on the show floor, attendees who checked out the iQmetrix booth had the opportunity to experience Digital Media from a wireless retail perspective.

A provider of retail management software for the wireless industry, iQmetrix, introduced several of its new Digital Media solutions at CTIA, including new software that works with the Microsoft Surface technology. The software, called RQ4, is placed in a wafer-thin chip that is attached to sample smartphone products. When the user places the smartphone on the Surface, all the specs on that device pop up on the screen. The consumer can also comparison shop by placing multiple smartphones on the Surface. The RQ4 tech also works with a variety of other products, including digital cameras and other accessory products.

The booth also featured a variety of other interactive touch screen set-ups and showcased how retailers can use the interactive displays in their stores, allowing customers to browse, play, shop and initiate transactions. Customer engagement was the key element in all of it and iQmetrix continues to be a leader is this area (www.iqmetrix.com).

“Seventy-five percent of purchasing decisions are made in-store,” says Christopher Krywulak, President and CEO of iQmetrix. “Digital Media allows retailers to communicate with customers where and when it matters most, delivering compelling, timely and targeted messages at the point of purchase. Customers can educate themselves about products in a no-pressure environment and have some fun with it. Digital Media enhances the customer experience and increases revenue for the retailer.”

Back to the 4G front, lots of news happening here as 4G really starts ramping up, but Sprint's CEO, Dan Hesse, might have illustrated what 4G can really mean to the mobile communication world at the show. During his keynote, he described a scenario in which an ambulance en route to the hospital could send video feeds and vital information about a patient's condition to an ER doctor who could then have a fairly clear evaluation of that patient before they even arrive. Remote medicine too could be revolutionized by mobile hotspots in the field and sophisticated diagnostic applications running on smartphones. The gains being made in speed and capacity are astounding and we are really just scratching the surface with all this—4G will simply scratch a bit deeper.

While all this may be difficult to wrap your brain around, the one thing to really focus on is how this technology is changing consumer behavior with regard to still and video capture. It is no longer only about capturing memories—it is about expressing one's self on a daily basis and leaving a mark in as many lives and places as possible.

The most important part of this equation is the fact it all plays very nicely into smart retailers' hands.