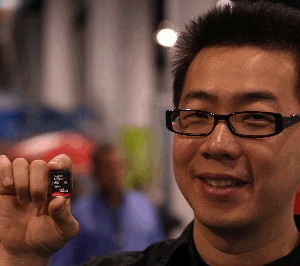 Samsung said Friday that it is considering purchasing flash memory maker SanDisk. Reuters reported that a Samsung spokesman had said the company is “looking at various opportunities regarding SanDisk,” but that nothing had been decided yet.

Samsung later said in a regulatory filing that buying SanDisk was an “option” for them.