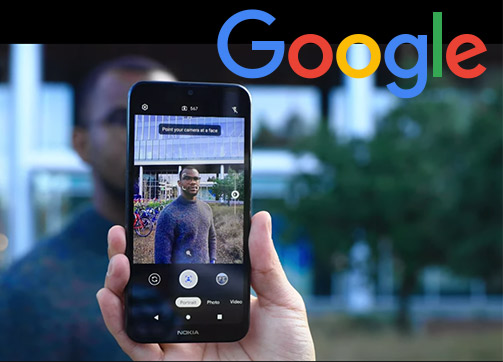 Mountain View, CA—There are more than 3.5 billion people who use smartphones, but that’s only 45% of the world’s population, according to Google. Consequently, the company created its Android Go edition to bring more affordable, high-quality smartphones to people worldwide. There are now more than 100 million active Android Go devices around the world. Now the company introduced its Google Camera Go app for its Android Go range of entry-level devices, so that even lower-spec devices can produce better images.

Android Go originally launched two years ago; it is a stripped-down version of Android that runs on low-end devices. The company created Go versions of Gmail, YouTube and its other key services; however, a more sophisticated camera app has been a missing piece of the corporate giant’s puzzle.

“The new Camera Go app from Google helps you take beautiful photos without worrying about speed or storage. It has features like portrait mode to give your photos a professional look by focusing on your subject,” the company announced. “Most importantly, Camera Go tracks how much photo and video storage space you have left, and then it helps you clear up space so you never miss a shot.”

The new Camera Go app boasts a simple, user-friendly interface. That’s because it’s for people using a smartphone for the first time. It also provides a portrait mode for devices that cost as little as $50.

In addition, the app remains true to the original vision of Android Go; it enables users to not worry about storage with Camera Go. Subsequently, the new app tracks how much photo or video storage space is left and suggest ways to clear space.

Camera Go is “deeply integrated into the phone’s camera module and is not just photo filtering on top,” Google added. Its UI has the same modes carousel to switch between photo, video, “translate” and portrait as the app found on Pixel phones. In addition, a shutter button, flanked by the switcher and gallery, is just above. Top row controls include settings and flash, as well as remaining storage.

Across its Android Go apps, Google introduced user privacy features to protect the next billion people coming online for the first time. “For example, a new mode within Google Go lets people search without their searches saved to their account,” the company added. “And Gallery Go leverages on-device machine learning to help people organize photos without ever sending data to the cloud.”