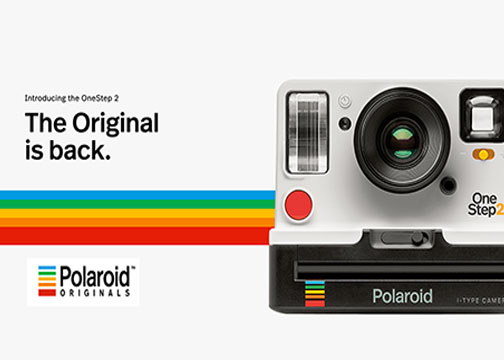 New York, NY—On the 80th anniversary of the founding of Polaroid by Edwin Land, the Polaroid Originals brand launched. A new brand from Polaroid, it has a strong commitment to analog photography and the spirit it represents. The new company is forged from the Impossible Project, which completed its mission after nine years. Although the Impossible brand ceases, much of its team has made the transfer over to Polaroid Originals.

Highlights of the brand launch include the introduction of the OneStep 2 instant camera. It was inspired by Polaroid’s original OneStep from 1977. “Our goal was simple—create an accessible, easy-to-use instant camera that invites everyone to take part in analog instant photography,” added Smolokowski.

“For us, this camera is more than just a new product. It represents our future. It represents the potential for analog photography to develop further as a medium, bringing people together to capture moments and create art.”

Priced at $99.99, it is designed to be just as easy to use as the original OneStep, but with some modern features. These include a more precise, aspheric lens; a powerful flash; a built-in battery with a life of 60 days; and a self-timer function. The OneStep 2 is available for preorder in white and graphite versions.

Along with the OneStep 2, Polaroid Originals announced a new generation of color film. The film is said to be sharper and brighter than the Impossible film that came before it. The film’s development time has been whittled down to 10–15 minutes, and the company says “it’s a big step forward for our instant color chemistry.”

Moreover, B&W film will continue to be offered, as will special edition film. This will include the popular 600 Color Frames edition film in both color and B&W formulas.

In addition, Polaroid Originals will continue to support the vintage Polaroid formats, including 600, SX-70, Spectra and 8×10. The company will produce color and B&W film for each platform.

Impossible’s program of refurbishing vintage cameras also will continue with Polaroid Originals. As a result, the Polaroid SLR 680, SX-70, Sun 600 and Spectra/Image models can be found in the company’s new webstore at polaroidoriginals.com.

Furthermore, for followers of the Impossible Project, all of its social media handles have quietly changed, so followers are still connected. At the online store, customers’ log-in details and purchase history are also intact, as are e-mail subscriptions.

“Today, we feel both humbled and excited; humbled to have the privilege of being the next custodians of Polaroid analog instant photography. We’re acutely aware of all the technical achievements and artistic endeavors achieved over the past 80 years; excited at the prospect of boldly innovating and creating again, to be back at the intersection of art and science, and developing this unique medium of creative expression so that everyone can experience its magic,” added Smolokowski. 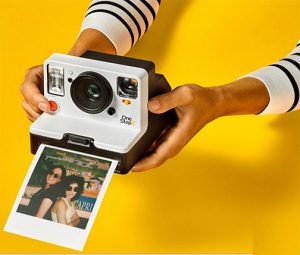 “This is a day that many people thought would never happen—one that marks the return of an icon. The brand that first invented instant photography in 1947, and brought the art form to the world, is back in the business of analog instant photography again. It seemed impossible, but here we are.” us.polaroidoriginals.com