Dai Nippon Printing Co. (DNP) was established in 1876 as the first full-scale printing company in Japan. Today, the DNP Group is one of the largest printing/coating technologies companies in the world. DNP Imagingcomm America Corporation, DNP IAM, is the U.S. subsidiary of Dai Nippon Printing.

Its primary goal is to help retailers as well as event photographers in the U.S. win and retain both traditional film and digital photo printing customers. The company’s chief mission is to make digital photography easy, convenient and fun for consumers by providing retailers and event photographers with the tools to realize this goal. As a result, DNP IAM has solidified its position as a leader in retail and event photo printing solutions.

We spoke with Cliff Reeves, director of Sales, DNP Imagingcomm America Corporation, to find out about DNP’s business. He also gave us his insight into the growth of on-site photo printing and the opportunities ahead.

DNP IAM at the Core

DNP IAM is involved in many of the common printing businesses. These include the ID photo business, driver’s licenses and corporate ID cards. However, their photo booth and on-site printing businesses are the ones that are contributing to the growth and excitement of printing memories again.

“The good news is that our portable photo booth business is phenomenal. My guess is there are around 25,000 units out there in the field. They don’t print a lot compared to retail printers, but they keep the concept of printing memories alive,” Reeves said.

The event, amusement and on-site portraiture businesses contributed to the demise of a lot of stand-alone studios. That’s primarily because of the increased quality of the on-site capture. “That’s where our photo booth technology really stands out. If photographers can take photos on-site with a portable studio, they can have a great printing business.”

Reeves also noted that central labs are becoming more useful and popular, because people shoot on their phones and move images to a central site. “When you think about it, people are going to choose where to print by what application they have on their smartphones. Consequently, we have to continue to compete with those phone apps.”

Give Them Something Different

Moreover, DNP is improving its business by spending time and investment in creating substrates for its dye-sub printers. “More and more, people are willing to buy prints if you give them something really cool and different. We want to present new and different things and bring the print to where people want to buy it. So, we offer what we call Luxury media—printing on metallic and pearl essence backgrounds. We’re also creating other types of substrates that bring images to life, like chrome and translucent substrates.”

DNP is seeing a lot of growth in the combined event and photo booth business. “It used to be the event photographer would bring the photo booth to a party or gathering. Now, those hired for entertainment are taking on photo booth responsibilities—and the profit that goes with it. Entertainment and promotional photography are growing like crazy,” added Reeves.

People are printing for many different reasons, and the industry is seeing resurgence in the appreciation of printing. Products like Fujifilm’s Instax line are also bringing printing to a new generation of customers. It’s the experience that makes it fun. There’s an entertainment aspect of printing that may not have existed in the past.

Reeves also noted that more people are looking at photos again—and appreciating them. “With so many images being shot, we have to figure out how to continue to grow the printing business. And one way is to educate people to the fact that they should be archiving their pictures on paper—not just on their phones or in the cloud. When the tsunami happened in Sendai, Japan, the only images that were saved were the ones already printed. People risk losing their history if they aren’t willing or able to print their pictures.”

What’s in the Future?

So where is DNP IAM headed as a company? “We want to continue to be the best supplier in this class. Moreover, there is growth for us by taking share in printers because of our power and technology. There is also growth in the marketplace because of printing,” said Reeves. 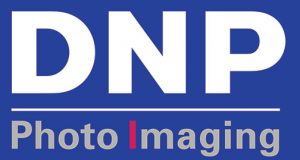 “There are many ways to print now. But for our business, we’ve discovered that when you present mom or dad with a good picture of their family, they usually buy it. Furthermore, taking high-quality photos on-site at events, festivals, tourist locations and parties is only going to become more popular. That’s great news for DNP and our customers.”