Undisputed is the organization behind the development of breaking, also known as breakdancing, as a culture and worldwide competition. Currently the sport is ramping up its profile for its debut as an Olympic sport at Paris in 2024.

After a two-year hiatus due to the Covid-19 pandemic, Undisputed and Fujifilm Instax are presenting a new series of Masters events in London, Amsterdam, Los Angeles and Tokyo. The tour features invited Olympic contenders plus current world and continental champions. Joining them in the competition will be the winners from open solo men, women’s and crew qualifiers. 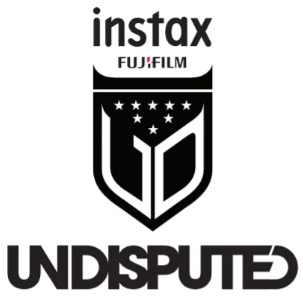 “We’re excited about the partnership between Undisputed and Fujifilm. It’s a great demonstration of two types of art converging to make something even more powerful,” said Bing Liem, president, Imaging Division, Fujifilm North America Corporation. “The breakers’ incredible moves, depicted through our Fujifilm Instax film, demonstrate the true power and strength of these amazing athletes, and we are thrilled to be a part of driving awareness to their incredible talent.”

Emerging from the streets of the Bronx, New York, in the 1970s, breaking sees competitors—known as b-boys, b-girls and crews—blend cutting-edge urban dance with remarkable athleticism.

Top breakers from all over the world brought their best moves and unique styles to Los Angeles in December. Moreover, live audiences witnessed incredible action as competitors went head-to-head. Further, members of the breaking community on-site at the Los Angeles event created Instax images with event attendees. They encouraged attendees to create permanent, tangible memories of their experience.

“This unique partnership between Undisputed and the Fujifilm Instax brand supports the growth of breaking culture, community and competition. It starts with the creation of the new Fujifilm Instax Undisputed Masters, a series of global gold ribbon events which sees the champions of the most prestigious breaking competitions compete in a world series of Masters championships,” said Tyrone Van De Meer, cofounder of Undisputed.

In addition, Fujifilm Instax cameras and smartphone printers integrate throughout the events. As a result, spectators and breakers can touch and try the gear and go home with Fujifilm Instax prints commemorating the event.