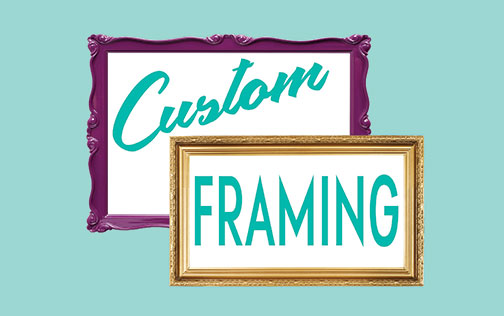 The most intriguing thing I learned talking to retailers who handle custom framing for their customers wasn’t the first thing I learned. Rather, it was a combination of the cumulative result of my inquiries and perhaps a bit of wishful imagination. But more about that in a minute.

The first thing I learned is some dealers do it themselves, some send it all out to be done and some mix and match with frames that are carefully selected but aren’t exactly what you’d call custom.

“We don’t do any of the chop and joining here,” says David Guidry at Lakeside Camera Photoworks in Metairie, Louisiana, referring to the actual cutting and assembling of frames. For whatever their customers want to frame, Lakeside orders what it needs from the picture frame moulding distributor Larson-Juhl. The custom frames come in and, as Guidry says, “off they go.”

But Lakeside does cut mats in-house. “So we can do neat things with the ready-mades in stock,” Guidry says. The ready-mades are basic black and brown frames that work with almost anything. And Lakeside stocks a few sizes so “we can hurry up and finish something if someone needs something quick.”

Frame styles and designs are the easy part. Larson-Juhl shows new samples and Lakeside chooses what to sell “based on our taste and the taste of the clientele. You get the read of what your customers like and prefer.”

Custom framing isn’t limited to home décor. Guidry told me that Lakeside does a lot of framing work for offshore oil companies for their corporate offices. “Mostly they want pictures of the workboats framed, and we make anything up to 40×60 for them.”

The most important thing Guidry says he’s learned from more than 16 years in the framing business is “to have enough material in-house so we can turn a job immediately. That’s where we tend to win—when we can do something faster than others can do it.”

Custom framing is a significant part of the business at Harold’s Photo Experts, which has two locations in Sioux Falls, South Dakota, and one each in Iowa and North Dakota. All of the framing is done by two staffers at one location.

“One of the benefits of having a custom frame department,” says Harold’s president, Bob Hanson, “is that it also does all kinds of mounting and display prints and printing on canvas and metal. Those are things a normal frame shop wouldn’t do, but they work really well tangentially with [our] photo lab.”

Most of what Harold’s frames are prints made for customers. And the sales effort is triggered by people who order prints.

The store works from the basics, and the image is always the star of the show. “We have a selection of frames,” Hanson says, “but we limit the choices because with photos you want the image to be the focal point rather than the frame. So our frames for the most part are very simple and clean.”

In-store promotion includes a 4×8-foot wall with an assortment of corners for custom framing plus display walls of framed prints.

Whether the order process begins in the store or on the store’s website, the starting point is really the customer believing that she has a great image that deserves display. “That’s what prompts the whole discussion,” Hanson says. “The first thing we ask is, ‘Do you have an idea of what you’d like to see on the wall?’ Not the picture, but the presentation: a framed print, canvas, metal. The website’s home décor section shows the product categories, and we show those in the store as well, of course. The frame is only one alternative.”

Framed photographs begin as images in cameras and on memory sticks and, increasingly, on smartphones. “Oh yes,” Hanson says in response to my question about enlargements from phone files. “We can make a good-looking print from those images. Of course, the better the light in which the photo was taken, the better the print. But from a properly used cell phone we can easily make an 11×14 or 16×20—those are the most common cell phone print sizes. And when we get into people using a quality digital camera, we make many prints up to 40×60, and lots of 20x30s and 24x34s. A lot of houses have high ceilings and lots of wall space, and you have to put something up that gets attention.”

Gaby Mullinax at Fullerton Photographics in Fullerton, California, outsources her custom framing to an expert wholesale framer. “I decided from the very beginning to go that way, and I love the arrangement,” she says.

She offers custom framing simply by displaying a selection of samples, and she also carries two stock frames—one black, one gold-bronze—in 11×14 and 16×20 sizes.

“I got very fair pricing for those two beautiful mouldings, and I stock them with simple mats,” she says. “For the last 10 years those are the only two frames we stock. We do $15,000 a year in business on them. It’s sort of custom frames on demand: if it’s one of those two styles and one of those two sizes, it’s here, ready to go.”

Mullinax also offers her customers framed portraits that . . . well, sort of come to life. The effect is called Live Portrait, and she’s written about it in previous issues of DIR. Basically, the framed print is recognized by the Live Portrait app on a smartphone or tablet, triggering the playing of a video on the device.

“We link a video to the still image,” she says. “It’s technology and art together. A link is embedded in the photo, you hold the device up to the framed art and the app recognizes the photo and launches the video on the phone or tablet.”

Fullerton can make the video, or it can be generated or provided by the customer.

The future of imaging, Mullinax suggests, is moving images. “I met the developers of Live Portrait last year, and they said, ‘If Apple says photos should move, then photos should move.’  That’s all I needed to hear.”

The average photo retailer doesn’t run a framing center. But it doesn’t hurt for folks searching for framing services to think he does.

David Guidry, for example, told me his shop is considered something of a framing resource. People come in to have any number of things framed, including jazz festival posters and tickets. Lakeside’s website proclaims it is not a stand-alone frame shop. But then it asks, “Did you know we have the best frame shop in town?”  It emphasizes that by listing “some of the more unusual things we’ve framed,” which include a coat, fishing lures, a hockey puck and a violin.

So who you gonna call?

The intriguing thing that came to mind? First, retailers who offer custom framing—or framing of any kind, or printing on any surface—realize that they are already dealing in the most important part of the process: the photos that their customers capture or create. The prouder they are of those pictures, and the more meaningful those photos are, the more consumers are going to want to display them. 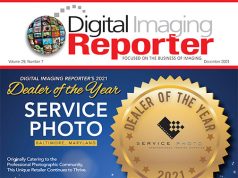