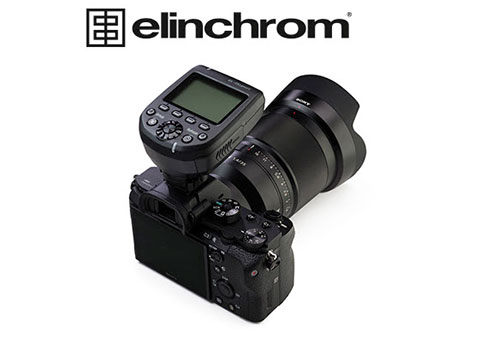 Renens, Switzerland—Elinchrom announced that its Hi-Sync technology is now available for Sony cameras. Photographers can sync a Sony camera using EL-Skyport compatible Elinchrom units at up to 1/8,000s shutter speeds.

Engineered to enable synchronization beyond the X-sync of a Sony camera, the transmitter helps photographers freeze action, darken backgrounds, overpower the sun and achieve shallow depth-of-field without overexposure.

The new OverDrive Sync (ODS) feature permits users to fine-tune the Skyport Plus HS transmitter’s signal to optimize exposure at high shutter speeds, while gaining up to two more stops.

The Skyport HS transmitter’s large backlit LCD glows green or red to indicate the sync mode in use. Elinchrom says that the navigation menu also makes this transmitter intuitive and informative—to speed up studio and on-location lighting workflows.

The EL-Skyport HS transmitter has a total of 20 frequency channels that can be organized into four groups. This can be done in either normal or speed sync mode. It is also designed to allow control of a lighting setup of up to 10 Elinchrom units. And in addition to high-sync mode, there is a standard sync mode. Furthermore, it has an integrated AF Illuminator for faster focusing in low light.

Powered by two AA batteries, the transmitter attaches to a camera’s hot shoe via a one-touch quick-lock mechanism. And its firmware can be updated by way of its integrated mini USB port.

Elinchrom’s EL-Skyport Transmitter Plus HS transmitter for Sony has a suggested retail price of $249.99. elinchrom.com