OM Digital Solutions Corp. is a company born out of the former imaging division of Olympus Corporation.

The two companies developed the Micro Four Thirds system to increase the freedom and enjoyment of digital SLR photography. It made it possible to dramatically reduce the size and thickness of digital interchangeable-lens cameras. What’s more, it employed the same  4/3-type image sensor used by the Four Thirds system to achieve high picture quality.

In addition, the format also takes into consideration future enhancements, such as integrated the handling of movies and still images. It expands shooting freedom beyond the restrictions of the viewfinder to enable easy shooting of both still and moving images. It does so in camera bodies that are as compact and lightweight as a conventional point-and-shoot camera. 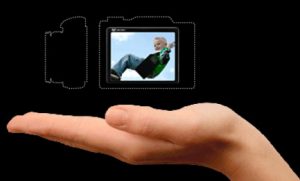 Moreover, there are now 56 participating companies in the Micro Four Thirds consortium, including B2B corporations. Their membership demonstrates a commitment to the standard.

In addition, four new interchangeable-lens mirrorless cameras conforming to the Micro Four Thirds system standard were launched in 2020. They represent an effort to revitalize the domestic market in Japan.

As a result, MFT products achieved a 21.7% share in the Japanese market. This made the Micro Four Thirds format the top-selling lens mount type.

As the companies responsible for initiating both the Four Thirds system and the Micro Four Thirds system format, OM Digital Solutions and Panasonic said they will continue to develop and enhance the production line to meet the diverse needs of customers.